“Stars & Stripes” is a fitting name for this emotionally resonating expedition that explores the legacy of Pearl Harbor and its profound impact on world history.

The journey begins at Pearl Harbor, with exhibits of personal memorabilia, dramatic photographs, battle artifacts and real film footage of the Dec. 7, 1941 attack. You will then travel by boat to the USS Arizona Memorial, the sunken battleship where more than 1,100 of the ship’s crewmen lost their lives. The USS Arizona tour includes a special narrated audio tour, featuring the voices of Pearl Harbor survivors. While at the Battleship Missouri, also known as the Mighty Mo, you will hear colorful stories about the ship’s history and stand where Gen. Douglas MacArthur accepted the Instrument of Surrender from Japan that ultimately ended World War II.

After Pearl Harbor, sit back for a narrated drive to the National Memorial Cemetery of the Pacific at Punchbowl, where many American men and women who died fighting for their country are buried. The trip culminates with a drive through historic Honolulu to see the area’s noteworthy landmarks—Hawaii State Capital, Honolulu City Hall, Iolani Palace and Kawaiahao Church. 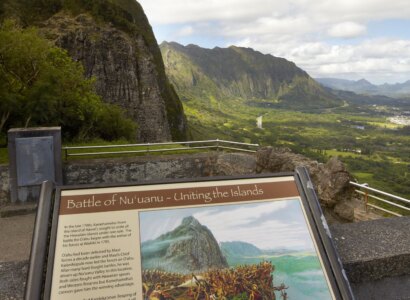 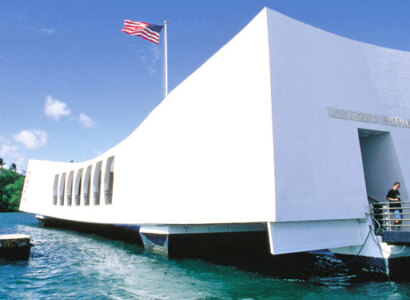