The magnificent polar bear is one of the world’s most magical creatures. Growing up to eight foot from nose to tail and weighing up to 1,300lbs, they hold a colossal presence in nature. Adapting to life in a cold climate, their black skin is hidden beneath a thick layer of water-repellent, translucent fur, keeping them insulated from the extreme temperatures, and their unique paws function as snow shoes with claws which have evolved to aid in climbing steep icy banks. Solitary by nature, Polar Bears wander the ice alone, with the exception during the breeding season.

From £10079 per person based on two adults sharing a standard room. Other prices and departure dates are available on request.

Your second day in Winnipeg is free for you to explore some of the many sights this beautiful city has to offer as your welcome dinner is later on in the evening at 7:00 pm, where you will meet your group and your adventure specialist. You will need your rest for your early morning departure to Churchill.

We recommend a visit to the Canadian Museum for Human Rights, a stunning seven-floor exhibit brimmed with history from around the world or the Journey to Churchill exhibit home to polar bears, muskoxen, Arctic fox and other northern species. It is the most comprehensive northern species exhibit of its kind in the world and will give you a taste of what’s to come in the coming days

Arrive in Churchill by air, where one of the expert staff will meet you at the airport and provide you with instructions regarding your morning transfer. You will then be transferred by fixed-wing aircraft to the Lodge. This scenic flight takes you along the Hudson Bay coast over historic waterways and landmarks on your way to Canada’s most exclusive polar bear viewing properties. Keep a sharp eye en route for caribou, seals, wolves and of course the “Great Ice Bears”.

Upon your arrival, your hosts will provide a tour of the Lodge and get you settled into your room. A thorough orientation on travelling in polar bear country will be provided prior to any outings. Then it’s time to assemble all those priceless cameras, hard drives, and tripods and start burning some serious gigabytes!

The Lodge is located in a wildly rugged and remote location catering to the dedicated wildlife photographer willing to spend long hours in the field getting up close and personal with the Arctic wildlife. Ground-level photo opportunities are offered for Arctic wildlife including polar bears in a pristine wilderness setting. You ARE in the heart of the polar bear country! Your photos will have stunning backdrops with the sea and/or landscapes surrounding the Lodge. The shoreline location is ideal for photographing bears on snow and ice. Furthermore, they have an exceptional number of clear nights for northern lights photography.

Full-service meal times will be adjusted to accommodate photo opportunities, which are the priority, so expect many a meal to be interrupted. Generally, breakfast is served at 8:00am, lunch as required; with appetizers at 6:00pm followed by a veritable feast for the palate at 7:00pm. Evenings are spent near the fireplace downloading images, sharing the day’s adventures, or taking in an informative lecture or slide show. Bedtime is at your leisure. The entire Lodge area is patrolled for polar bears all night by one of the night watchmen so be prepared to have your sleep cut short by a nocturnal visit by one of the Great Ice Bears or one the dazzling displays of northern lights!

After another hearty breakfast, it’s time to pack for the flight back to Churchill, say good-byes and snap a few more pictures. After another exciting aerial tour, you’ll arrive in Churchill, where your bags will be stored for you until your flight back to Winnipeg later in the day. You are then free to explore and wine and dine in this frontier community at your leisure. They recommend local places such as Cape Merry, the Port of Churchill, the Itsanitaq Museum, as well as the Parks Canada exhibit, all of which are of great interest. Dog-sledding and helicopter charters fit nicely into this afternoon if you’re so inclined.

After dinner, you will be transferred to the airport in preparation for your flight back to Winnipeg. Upon arrival, collect your bags, head out of the arrivals doors and look to your right. The Grand Winnipeg Airport Hotel by Lakeview is only a two-minute walk away. 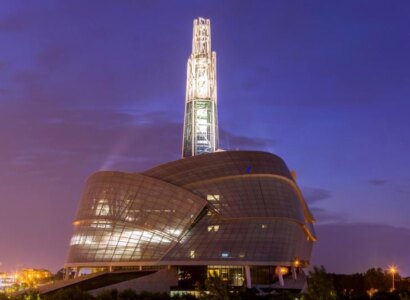 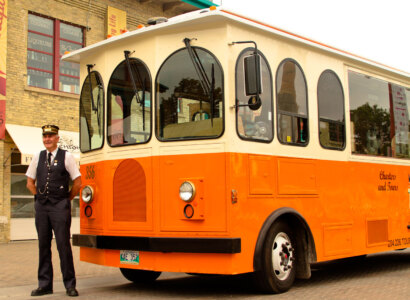 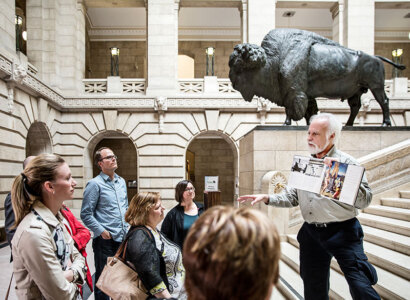 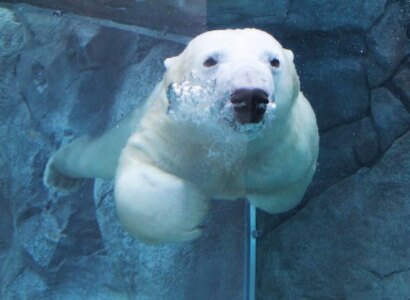