When the French explorer, Jacques Cartier, landed on the Gaspe Peninsula in 1535, Québec’s French Heritage began. The provinces je ne sais quoi French style is evident in the language, culture and cuisine. The resorts of the Laurentians Mountains are premier ski destination’s, there are culture-rich cities, wide open spaces and 1,800 miles of coastline. Québec is where Gallic charm meets warm North American hospitality, just perfect!

Over time Québec’s built heritage has evolved with its environment, climate, French, English and Acadian influences, and architectural trends. In major cities like Montréal, it has also been transformed by economic development, which explains the many styles found side by side, and the juxtaposition of old and new.

In both rural and urban settings, vestiges of the past are part and parcel of Québec’s DNA. In cities this is observed in the many heritage buildings concentrated in the historic districts of Old Québec and Old Montréal, Quebec City, with its fortifications, earned a designation as a Unesco World Heritage site.

Québec City and Montréal are two of Canada’s most appealing, as well as largest, cities. Gracious Québec City was founded in the 17th century, and its charming streets remain lined with magnificent 17th and 18th century houses. It’s little wonder that the entire city is a World Heritage Site. You’ll need to remind yourself that you are in North America as you wander around the atmospheric Old Town; don’t miss the Notre-Dame-de-Québec Basilica, Place Royal, the Old Port, Parliament Hill and the fortifications. Visit Québec City at any time of year, but, if you do go in the winter months, how about staying in the Ice Hotel Québec, just a few minutes from the city itself? In comparison, Montréal couldn’t be more different, it’s a thriving, sparkling and cosmopolitan city, with a foodie’s paradise of restaurants and fantastic nightlife. Whilst you can enjoy horse-drawn carriage rides over the cobbles of Old Montréal and sites such as the Notre-Dame-de-Québec Basilica, downtown has a state-of-the-art underground city, a 28-mile network of shops and hotels. Other cities, such as Gatineau, Trois-Riviéres, Sagueney and Sherbrooke, each offer their own unique take on urban life.

You’ll find sandy beaches, rocky bays and towering cliffs along Québec’s coastline. Visit atmospheric coastal gems, such as Bas-Saint-Laurent, Gaspesie, Cote-Nord and the Iles de Madeleine. Transversing the south of Québec is the mighty St Lawrence River, which flows from the Great Lakes to the Atlantic Ocean. South of the river, you’ll find tranquil lakes and gentle peaks, an area of intoxicating natural beauty that draws artists and nature-lovers from around the world. To the north is a paradise of crystal clear lakes, wildlife and, of course, the Laurentian Mountains. These 19 mountains spread over a 90 mile radius are quite astounding. Aside from amazing the skiing, there are opportunities to go hiking, biking and fishing. Scenic Charlevoix stretches from Baie Sainte Catherine, one of the best places for whale-watching along with Todoussac, to the delights of Baie-Saint-Paul.

With four distinct seasons, Québec is a year round destination, whether for a short shopping break, after all, it is only a 6.5 hour flight from the UK, or a longer holiday to explore and relax in stunning surroundings. In summer, the weather is hot and sunny with an abundance of outdoor festivals and activities on offer. Autumn sees the leaves change colour, creating breathtakingly beautiful landscapes of brilliant reds and golds. Winters are crisp and very cold with brilliant blue skies and heavy snowfalls, making it a great destination for skiing, snowboarding, tobogganing, dog sledding and snowmobiling, and the perfect festive wonderland for a relaxing or action-packed Christmas break. Spring starts late but as nature reawakens, the trees and flowers begin to bloom and the air warms, restoring the colours to a beautifully scenic Québec. The question isn’t should I visit, but when should I go?

Quebec is for wine lovers

On top of the many experiences and diverse destinations Québec has to offer, it is a delight for wine lovers. Where else in the world would you be able to find ice wine, a beverage made from frozen grapes harvested in winter, which is what gives some of these Québécois wines their high sugar content. The Wine Route is hugely popular. Blue signs guide you along the Brome-Missisquoi Wine Route (Route des vins) in the Eastern Townships, where you can discover the cradle of viticulture in Québec. Along the way there is bucolic scenery which is ideal for a picnic, heritage treasures and innovative activities related to the world of viticulture. Choose to travel the Wine Route and visit its 22 wineries by car, bicycle or on an escorted excursion. 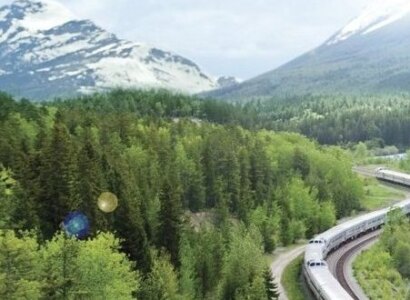 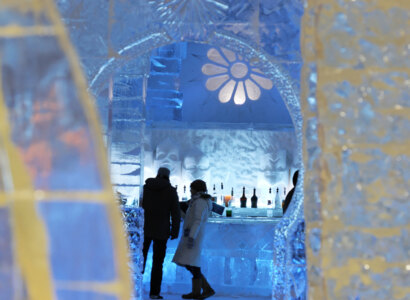 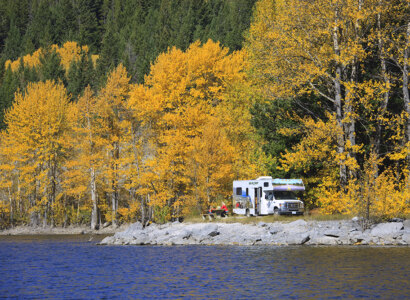 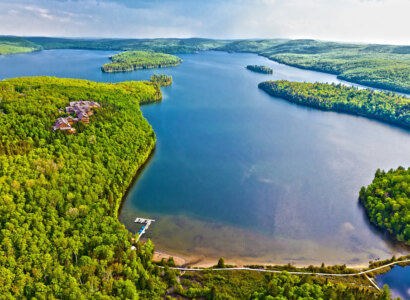 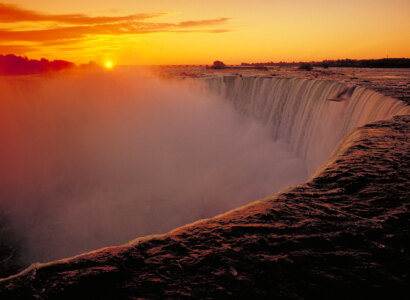 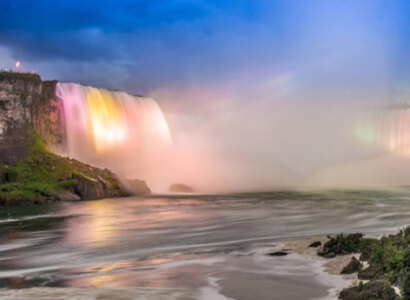 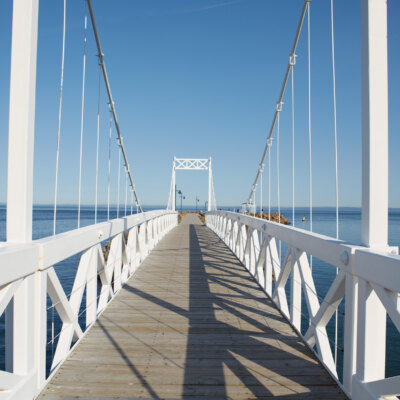 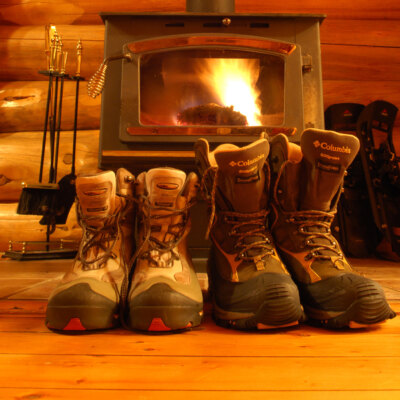 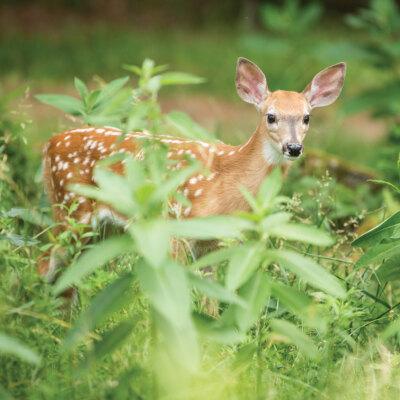 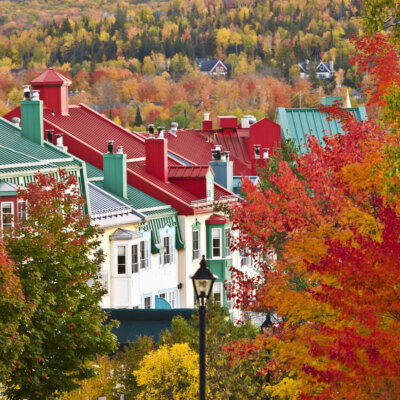 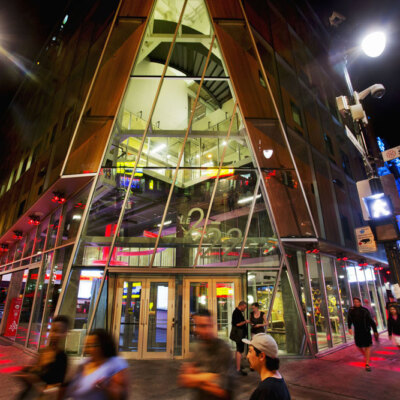 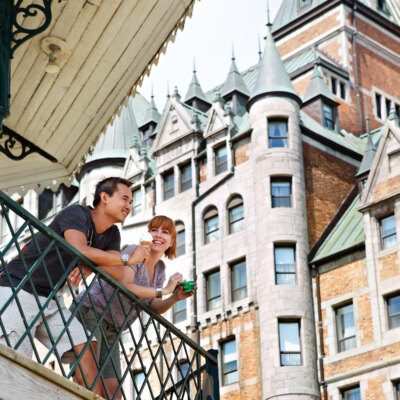 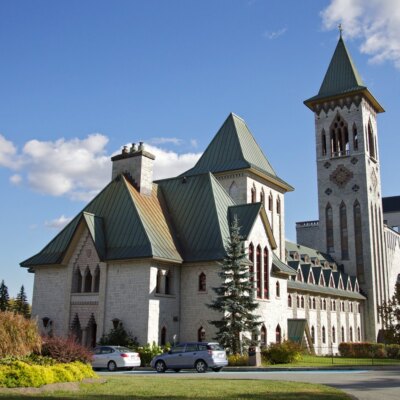